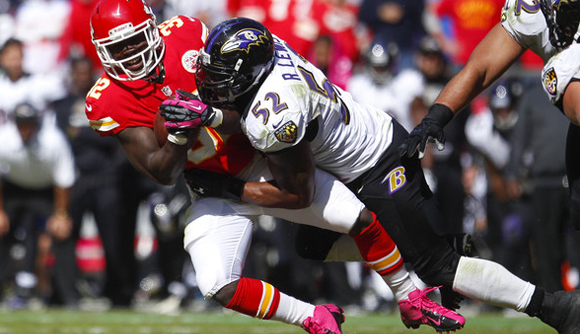 This game could define one of the last tickets for the playoffs in the AFC. The bad news for the Chiefs is that they have lost four straight and have been dominated by the purple defense. In the last two matches, they have scored only 13 points combined. But all is not bad for Andy Reid’s team, they have won three of the four games they have played in Baltimore. The Ravens are the favorites in the NFL Odds at -3.5 and in the past five versus the Chiefs are 4-1 SU and 3-2 ATS.

Player to watch: Defensive tackle Brandon Williams will be responsible to fill the hole left Haloti Ngata. In this game, he will try to stop running back Jamaal Charles, who in his last two games against the purple birds has 222 yards and a touchdown.