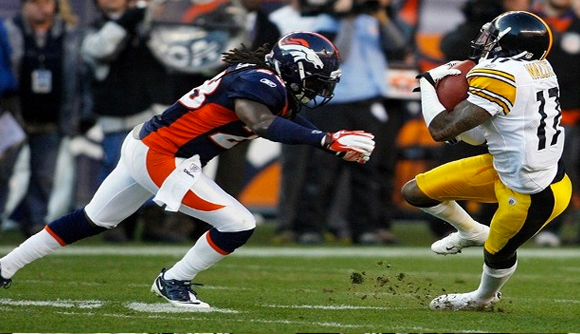 This week could define the teams that will advance to the playoffs in the AFC, while in the NFC will be a great offensive matchup in Philadelphia.

The Steelers have been one of the most consistent teams in recent years in the AFC. However, they have struggled against the Broncos. Gary Kubiak’s team has won 12 of 17 games since 1985, including one playoff match three years ago with Tim Tebow at quarterback. It will be the first game of the series in Pittsburgh since 2006, and the Steel Curtain has not been able to beat the Broncos at home in 18 years. In the NFL betting Odds, the Steelers are favorites at -1.0 to win this game, but in the last five versus Denver are 1-4 SU and 1-4 ATS.

Player to watch: After the retirement of linebacker Jason Worilds, who was the leader of the team with 7.5 sacks in 2014, rookie Bud Dupree would be responsible to pressure Peyton Manning. It will be a tough mission for the former player of Kentucky, as the Broncos allowed the fewest sacks in the league last year (17).

The Dolphins will be at Qualcomm Stadium for the first time in 10 years and will seek their third straight win over the Chargers. Last season, these teams met and Miami won by 37-0, in what was San Diego’s worst defeat since 1996. Mike McCoy’s team is -3.0 favorites, but in the last five in the series is 2-3 SU and 2-3 ATS. The Chargers will have to be more careful with the ball because in the last game they lost it four times.

Player to watch: It will be interesting to see if quarterback Ryan Tannehill can repeat his performance of 2014 when he threw three touchdowns and 288 yards. Since joining the NFL in 2012, the former Texas A&M player has six games with three or more touchdowns thrown.

This game could define one of the last tickets for the playoffs in the AFC. The bad news for the Chiefs is that they have lost four straight and have been dominated by the purple defense. In the last two matches, they have scored only 13 points combined. But all is not bad for Andy Reid’s team, they have won three of the four games they have played in Baltimore. The Ravens are the favorites in the NFL Odds at -3.5 and in the past five versus the Chiefs are 4-1 SU and 3-2 ATS.

Player to watch: Defensive tackle Brandon Williams will be responsible to fill the hole left Haloti Ngata. In this game, he will try to stop running back Jamaal Charles, who in his last two games against the purple birds has 222 yards and a touchdown.

Two former rivals in the NFC East will meet again for the fourth consecutive season. The Cardinals have dominated in recent years and have won four of the past five. This match could be decisive for the playoff aspirations of both teams. By playing at home, the Eagles have the advantage in the betting Odds and are listed with -1.5 to win this game. In the last five games against Arizona at Lincoln Financial Field, Chip Kelly’s squad is 3-2 SU and 2-2-1 ATS.

Player to watch: Wide receiver Larry Fitzgerald has caught 21 passes for 346 yards and three touchdowns in his last three games against Philadelphia. He could be one of the key players for the Cardinals to get the victory.